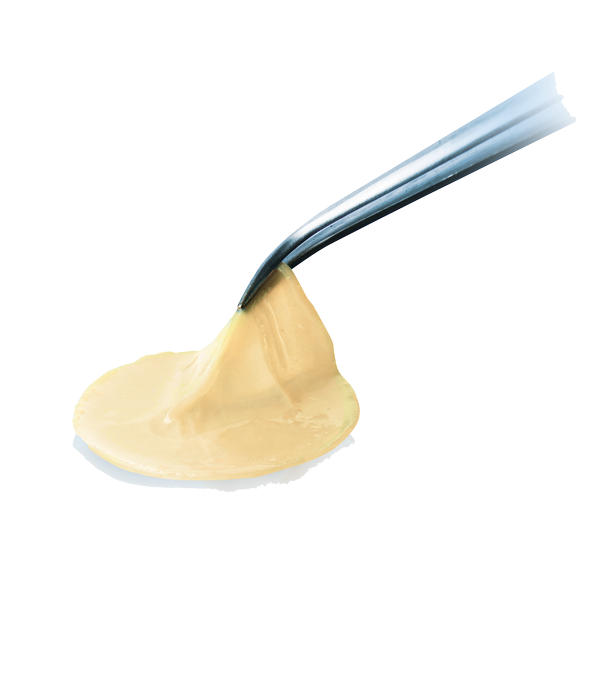 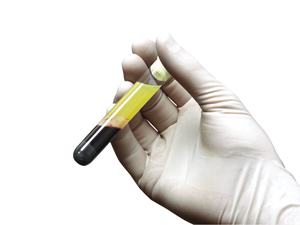 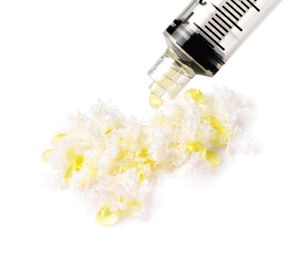 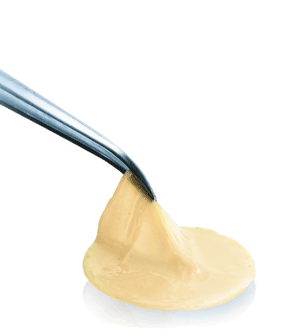 Lumbar fusion rates can range from 65%–90% when autogenous bone is harvested and used to fill voids in spine surgery.1,2 For many years, Iliac Crest Bone Graft (ICBG) has been the “gold standard.” However, surgeons are less inclined to use this technique due to donor site morbidity and the potential risk of a second surgical site complication.2 For these reasons, surgeons have begun to explore other bone grafting options which have resulted in varying degrees of success.

The FIBRINET® System is an advanced alternative for lumbar fusion surgery as physicians evaluate biologic solutions to improve patient outcomes. The Fibrinet system represents an easy and efficient method to harness and concentrate the patient’s own platelets and associated growth factors into a Platelet-Rich Fibrin Membrane (PRFM) graft. In addition, Platelet-Rich Fibrin Gel is produced and mixed with fresh cancellous bone elements from the patient and bone grafting material, as defined by the surgeon, for improved handling characteristics. Two PRFM grafts and the Surgeon Defined Graft have been used successfully in a variety of spine applications and have demonstrated 100% radiographic fusion at 12 months in two separate studies.3,4

Two separate studies have evaluated the use of the Fibrinet System in lumbar fusion surgery.3,4 Both studies showed a statistically significant decrease in the patients’ mean Oswestry Disability Index (ODI) scores and both demonstrated 100% radiographic fusion at 12 months. In one of the studies, the author concluded that the implantation of the PRFM intraoperatively may be responsible for the successful fusion mass seen radiographically.4 For each study, all surgeries were performed by a single surgeon at a single institution, and radiographic evaluations were done by an independent radiologist.

Separate and Concentrate the Platelets

Draw patient’s blood into the blood collection tubes and spin in a centrifuge for six minutes. After centrifugation, the concentrated platelets and plasma are separated from the other blood components. 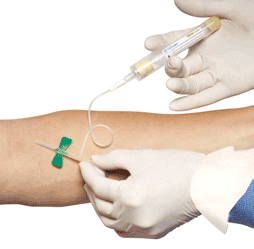 Resuspend platelets into the plasma; then transfer required volume into the membrane vial and spin in centrifuge for twenty-five minutes. After centrifugation, the membranes are ready to be delivered to the sterile field. 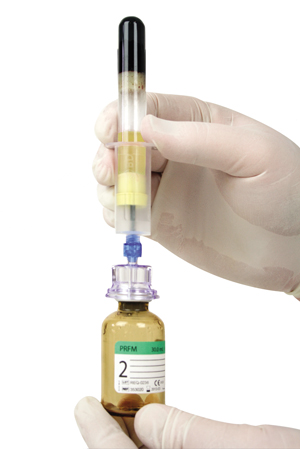 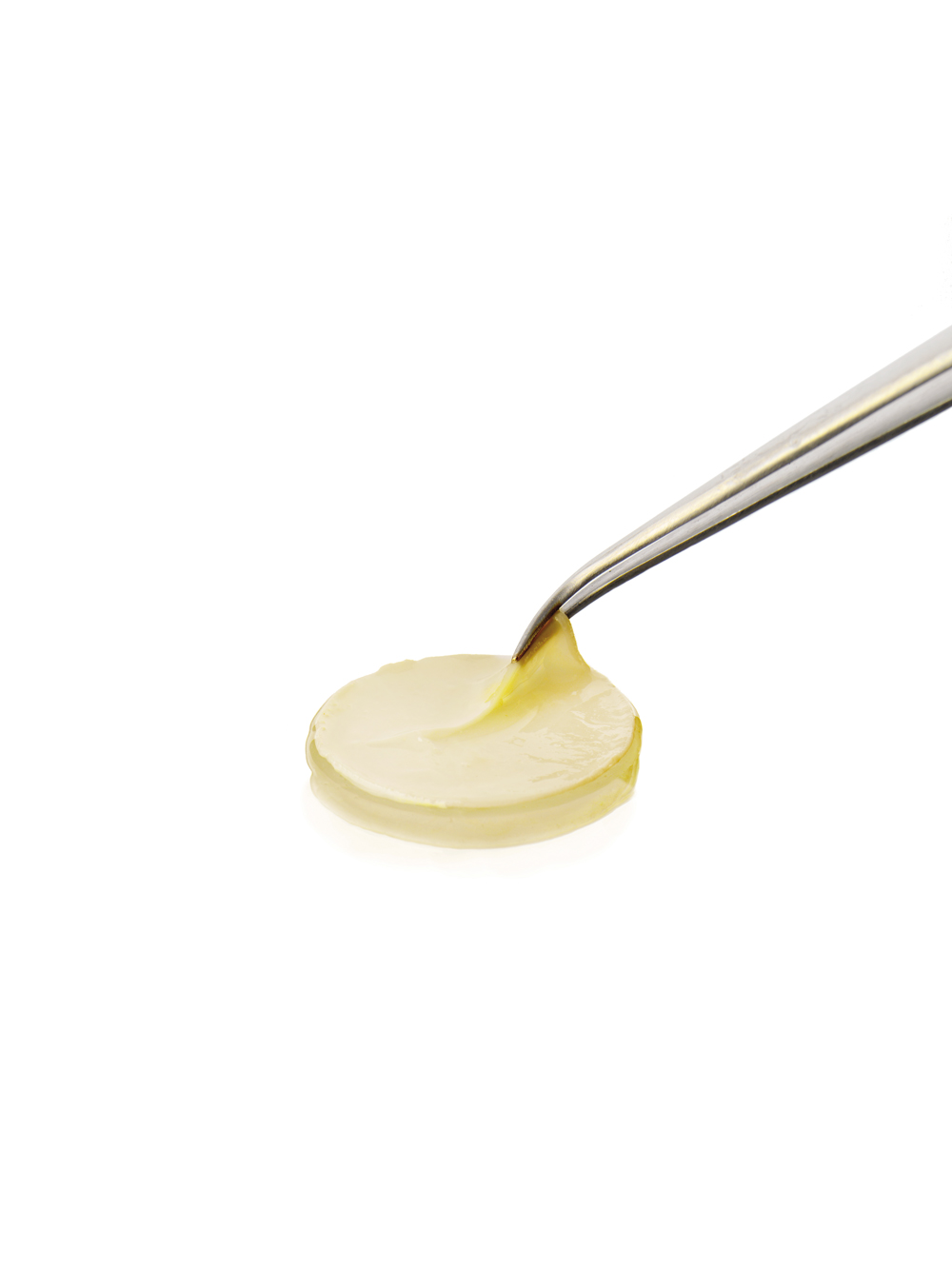 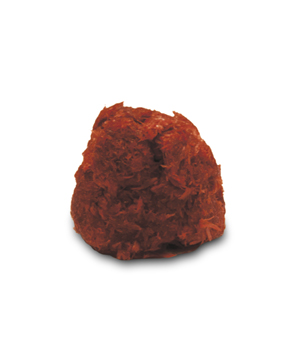 THE IDEAL GRAFT FOR
Bone Healing

Basic science and preclinical studies have shown that the ideal graft provides three essential components for bone healing. These components are: a scaffold for osteoconduction, signals in the form of growth factor(s) for osteoinduction, and cells from the host or a donor for osteogenesis. There are a variety of biologic solutions available to spine surgeons that provide some or all of these essential components. However, the formulation and quality of the material, how it is delivered and secured to the surgical site, whether it must be mixed with excess exogenous activators (i.e. thrombin), and whether harsh chemicals are used during the production process (i.e. hydrogen peroxide) can all have an effect on the quality of bone healing.2,5,6, 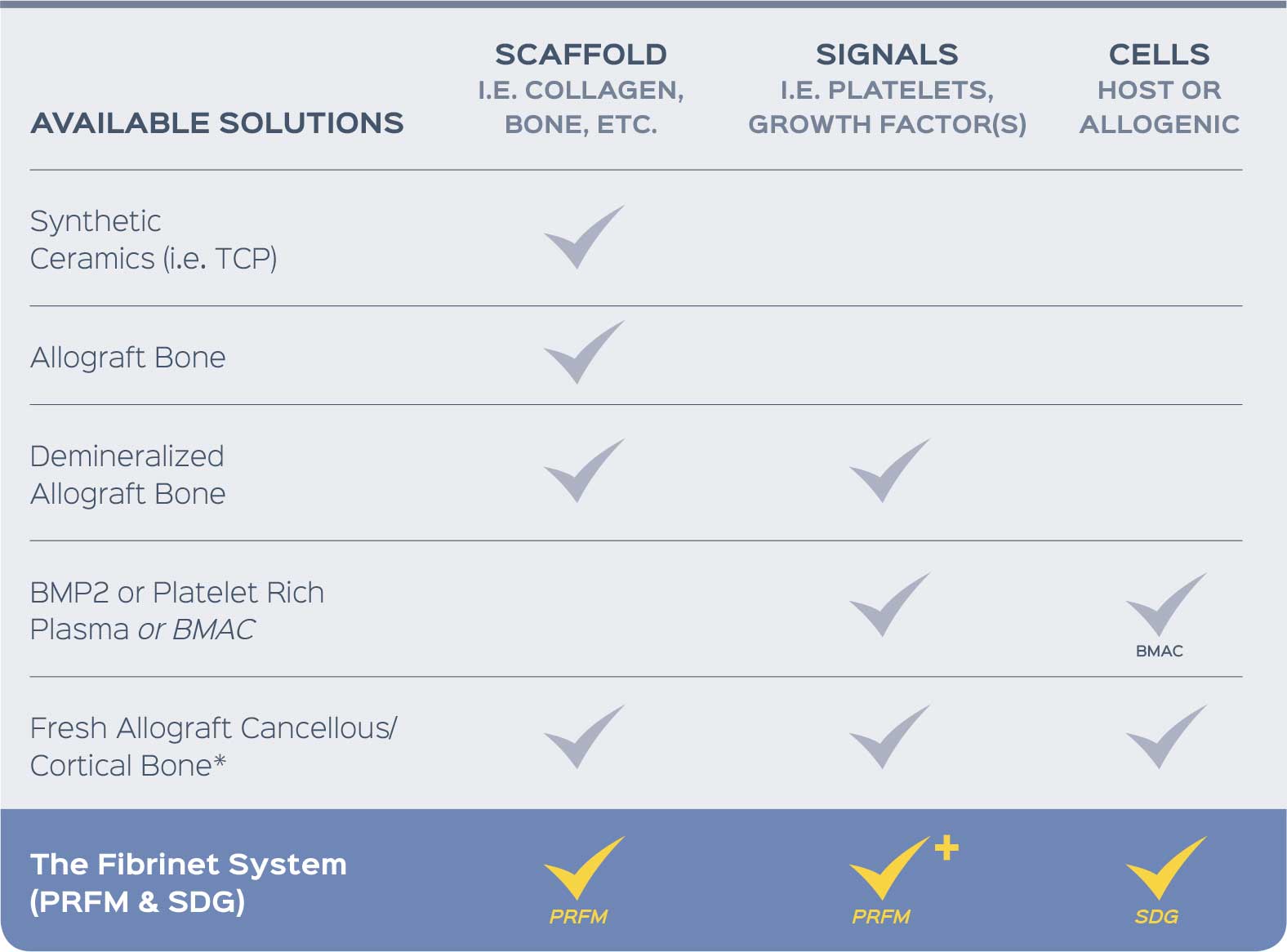 Concentrated platelets and their associated growth factors
without thrombin. 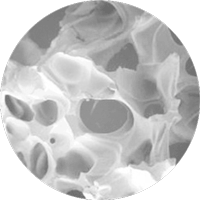 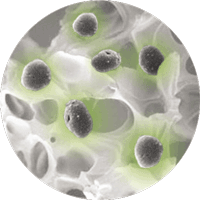 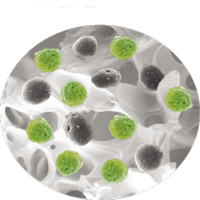 SCAFFOLD: Unlike other commercially available systems, the Fibrinet System’s patented process concentrates platelets into a robust fibrin scaffold, allowing physicians to deliver the platelets and associated growth factors into a defect site without excess exogenous activators (i.e. bovine thrombin). The resulting Platelet-Rich Fibrin Membrane (PRFM) has enhanced mechanical properties with respect to all other similar systems described in the literature.8 Studies have shown that the modulus and tensile strength of PRFM was 600x the stiffness of conventional fibrin clots, it had comparable mechanical properties to arterial tissue, and was approximately 50% the stiffness of human skin.8

SIGNALS:The ability to deliver concentrated platelets without thrombin has demonstrated chondrogenesis and osteogenesis in an animal model whereas concentrated platelets activated with thrombin inhibited such events.6 Scanning electron microscopy images showed intact platelets on the fibrin construct and 99.1% of the platelets were present.8 Other authors have evaluated the percent of viable platelets in the same PRFM structure and demonstrated greater than 50% viability out to seven days.9 A separate animal study evaluating the PRFM in an extraction socket model demonstrated rapid bone healing compared to Demineralized Freezedried Allograft alone.10 These results support the work from Han et al., which showed that concentrated platelets in a boney defect without thrombin can effect bone healing in an animal model. 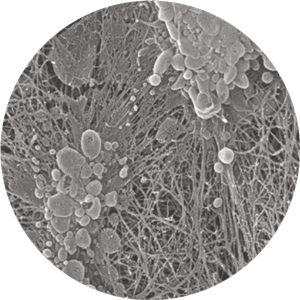 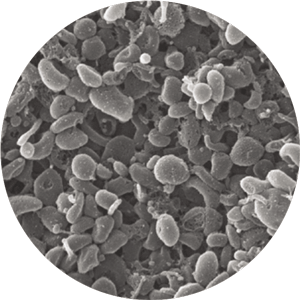 CELLS: The sustained availability of concentrated platelets and their associated growth factors in the PRFM is well documented.9 In vitro studies have also demonstrated the PRFM’s ability to proliferate cells in culture.8,9,12 A potential source of cells can be found in cancellous bone elements from the patient. With the Fibrinet System, surgeons have the ability to improve the handling characteristics of the bone graft by mixing concentrated platelets with autologous cancellous bone elements and bone grafting material, and delivering them to the bone graft surgical site. 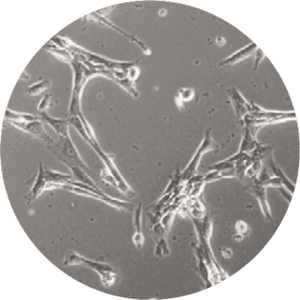 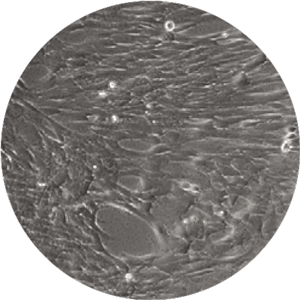 In-vitro, eluent from the membrane consistently induced a significant increase in cell proliferation compared to a standard blood clot at each time point (SA)

How the FIBRINET®  system works… 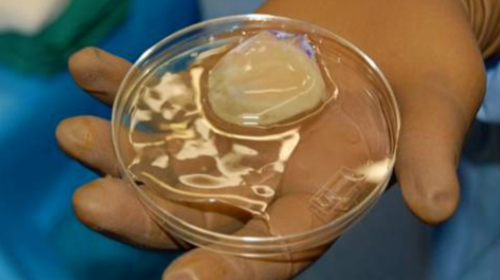 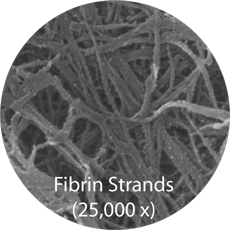 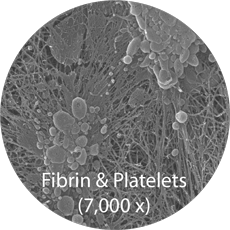 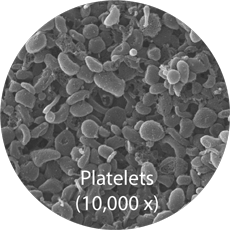